Letter From The VRN Co-Directors

Two years ago, the U.S. Department of Justice (DOJ) joined with five sites and asked:

Why is violent crime elevated in your cities?
Who are the experts and how can they help?
What if we partnered using a new model?
From this challenge, we launched the Violence Reduction Network (VRN or Network). VRN is based on the principle that our efforts to reduce violence in local communities are most effective when local, state, and federal leaders take a unified strategic approach to address crime. VRN does not prescribe a solution. Rather, local criminal justice leaders and community stakeholders share with DOJ what is working and identify areas that they need assistance. No two cities are alike. So no one solution is applicable to all sites. DOJ leverages its resources to meet the local leaders on their terms.

VRN uses an “all-hands” approach by delivering strategic, innovative, and evidence-based DOJ resources. We recognize the leadership and staff from the Executive Office for United States Attorneys, ATF, DEA, the U.S. Marshals Service, and the FBI for their commitment, as well as the Office of Justice Programs, the COPS Office, and the Office on Violence Against Women. We acknowledge the Strategic Site Liaisons and the program and law enforcement champions who are the face of VRN as they assist each site navigate DOJ resources—their focus and energy are critical to VRN's success. Finally, we thank the United States Attorneys, police chiefs, sheriffs, and county and state prosecutors in the VRN sites for their willingness to take a risk and partner with DOJ in the VRN.

This annual report serves to highlight the accomplishments of VRN during its first 15 months — September 2014 to December 2015. The report is a testament to the hard work and tremendous progress that VRN produced in a short time. Our Network communities have increased collaboration among local agencies, received numerous trainings from subject matter experts, and learned best practices from their peers. All of these activities have laid the groundwork for changes in policies and practices, increased information sharing and improved community relations. Through VRN, DOJ is committed to a new model for providing the tools and resources that cities need to combat violent crime. We look forward to the continued growth and accomplishments of this program in the months and years to come.

The U.S. Department of Justice (DOJ), Office of Justice Programs (OJP), through the Bureau of Justice Assistance (BJA), recognizes that there is no single way to address violent crime. In 2014, Violence Reduction Network (VRN) was launched to serve as a comprehensive and innovative approach to assist some of the nation’s most violent cities in their local violence reduction efforts. VRN’s unique approach is to provide training and technical assistance (TTA), resources, instruction, tactics, and information to fill strategic gaps and help communities more effectively address violent crime—including DOJ resources that may have been underutilized or unknown to the communities with which VRN works.

To guide site selection, BJA conducted a multiphase analysis of quantitative and qualitative information and consulted with DOJ law enforcement and programmatic partners. VRN sites do not apply to join VRN, and do not receive direct grant funding for participation. The sites considered for VRN have violence levels that exceed national averages and exhibit recent increases in violent crime. They also represent jurisdictions with unique law enforcement and local government structures, enabling implementation and assessment of VRN in distinctly different organizational contexts to help DOJ create a model for delivery of training and technical assistance.

Each site is assigned a law enforcement professional to guide coordination of DOJ resources and work closely with the local United States Attorney, who will serve a federal leadership function. These individuals are highly regarded former police executives who have experienced many of the same issues facing the current VRN chief executives.

These individuals serve as points of contact for the site to ensure effective navigation among the multitude of DOJ programmatic and law enforcement resources.

The VRN sites participate in peer-to-peer learning and work collaboratively as a “community of practice” to address similar needs, problems and interests, resulting in a deeper understanding of the problems and a greater body of knowledge that will benefit other cities. Other cities, outside of VRN, host peer-to-peer visits and have also embraced the practical approach of VRN.

The VRN sites have many opportunities to share information and best practices through a variety of communication vehicles, including peer-to-peer exchanges, the official VRN website, weekly bulletins, monthly podcasts or Webinars, and a quarterly newsletter.

The annual VRN Summit convenes member sites to participate in collaborative working sessions to analyze site-specific challenges and to discuss the variety of existing DOJ resources available to address the issues. The annual summit’s working sessions address topics carefully selected by site leaders and tailored to lay the groundwork for site-specific support for the duration of the program.

Percentage above the National Violent Crime Rate in 2014 (FBI UCR)

To leverage the vast resources that DOJ has to offer, VRN is composed of law enforcement and programmatic agencies working together to fight crime and support local communities. Visualized as “One-DOJ,” VRN capitalizes on the strengths of each DOJ partner to address a city’s identified needs with a coordinated response.

Through OJP; the Bureau of Alcohol, Tobacco, Firearms and Explosives (ATF); the Federal Bureau of Investigation (FBI); the U.S. Drug Enforcement Administration (DEA); the U.S. Marshals Service (USMS); the Executive Office for United States Attorneys (EOUSA); the Office on Violence Against Women; and the Office of Community Oriented Policing Services (COPS Office), VRN sites are offered access to the full inventory of evidence-based violence reduction resources available from DOJ.

What does DOJ Offer?

Learn more about the "all-hands approach" and how DOJ assists the VRN sites. 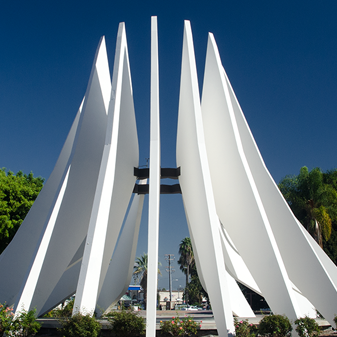 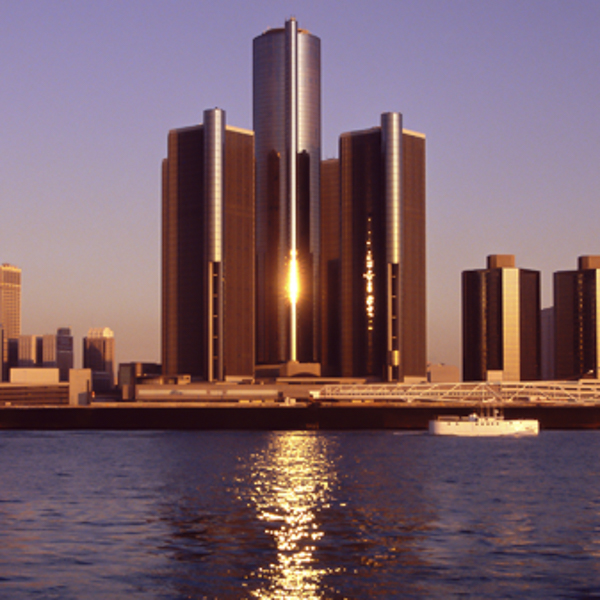 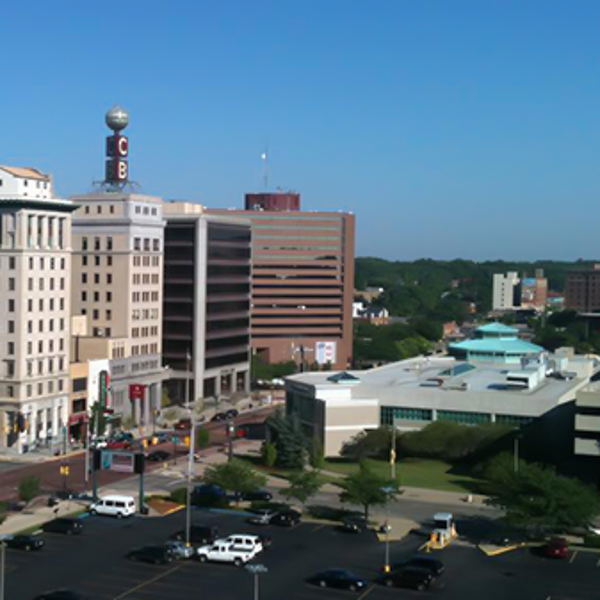 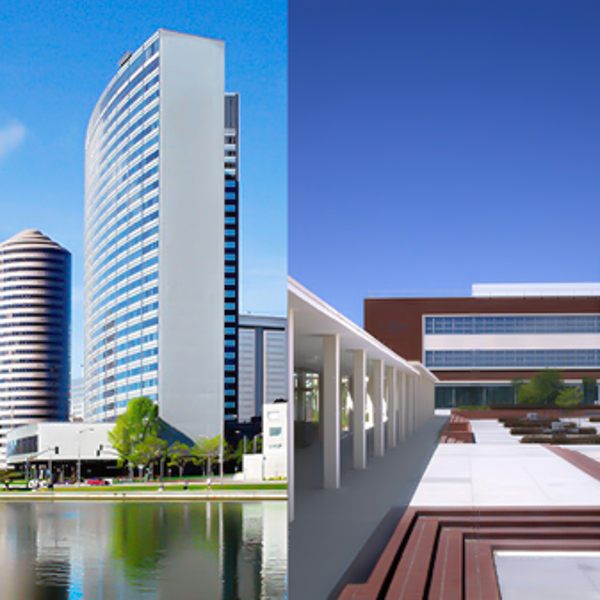 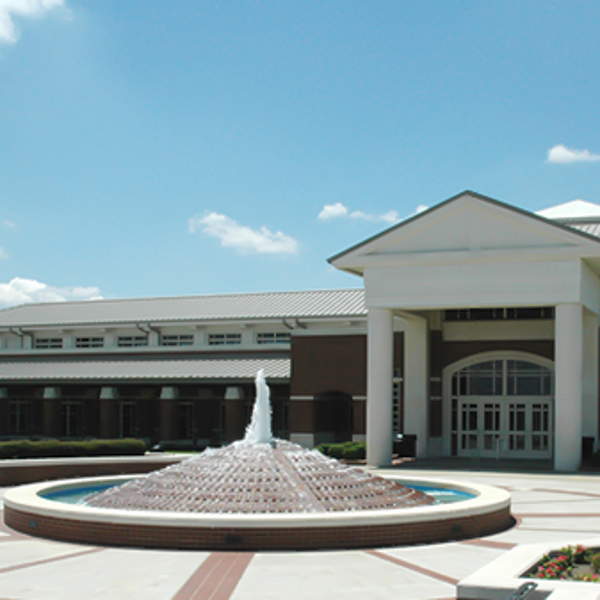 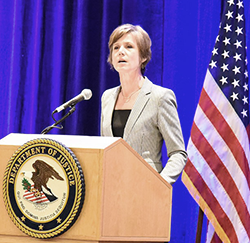 The annual VRN Summit convenes member sites to participate in collaborative working sessions to analyze site-specific violence challenges and to discuss the variety of existing DOJ resources available to address the issues. 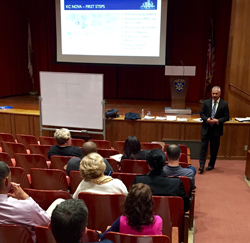 Within the first year of VRN, 60 trainings (representing 21,400 hours) were delivered to over 1,900 participants in VRN. In addition, subject-matter experts have delivered over 700 hours of technical assistance to our VRN sites. 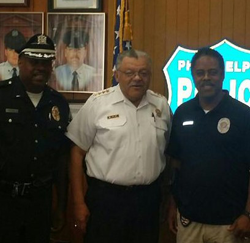 To promote a community of practice, VRN provides the opportunity and resources for VRN site leaders to visit other cities within and outside of the Network to explore various best practices and strategies for violence reduction. In 2015, VRN coordinated 26 peer exchanges. 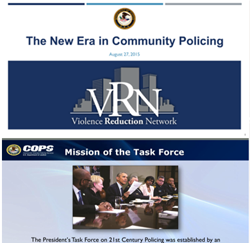 In 2014 and 2015, VRN hosted 12 Webinars to the VRN sites and other law enforcement and criminal justice professionals across the country. 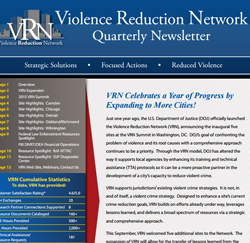 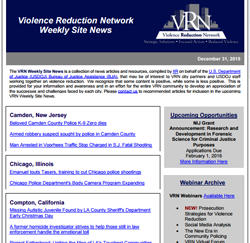 In 2014 and 2015, 87 deliveries (1,901 articles) of the weekly news have been produced and disseminated to over 600 subscribers from DOJ, VRN sites, and other criminal justice professionals and law enforcement nationwide. 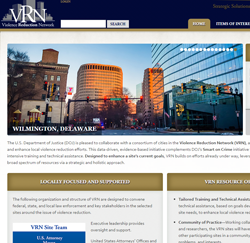 In October 2014, VRN launched a website which is designed to provide an understanding and awareness of the VRN as well as provide additional resources for participating VRN sites.

What are the VRN CORE Components?

The Future: Expanding the Network

The future of VRN is rooted in the “One DOJ” concept of a justice-wide effort to provide intensive tools, training, and technical resources to some of the nation’s most violent cities in a strategic and formalized manner. VRN strives to be responsive to the needs of site leadership and supportive of their violence reduction plans at the local level. VRN is based on the principles that change comes from the community level and that complex problems require flexible, integrated solutions. It is the goal of VRN that at the end of their two years, state, local, and federal officials will have increased knowledge, improved policies, implemented proven crime reduction strategies, and enhanced partnerships that will pay lifesaving dividends for years to come. In addition to providing direct assistance to the Network sites, VRN strives to promote a community of practice through facilitation of peer exchanges, training opportunities, and sharing of resources and lessons learned in violence reduction with other communities across the country.