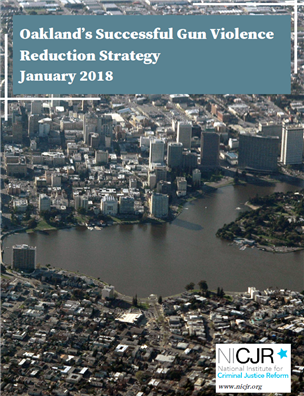 This paper describes the Oakland Gun Violence Reduction Strategy, which has produced five consecutive years of reductions in fatal and non-fatal shootings in Oakland, reaching the second lowest level in the last 47 years in 2017. The Oakland strategy has received national attention from those concerned about gun violence both because of the continued declines in violence and also the difficult local conditions in which those reductions have been achieved. The purpose of this paper is to accurately describe the Oakland Strategy – it’s values, components and mechanics.