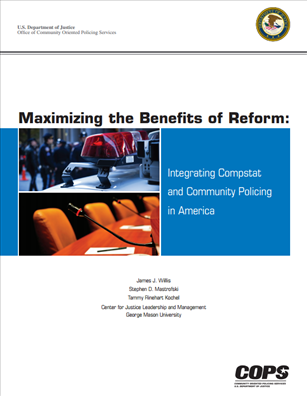 Maximizing the Benefits of Reform: Integrating Compstat and Community Policing in America

During the last quarter century or so, Compstat and community policing have emerged as powerful engines of police reform in the United States. To date, researchers have focused their energy on identifying the individual merits and weaknesses of each, but have given much less attention to how well these reforms operate when implemented in the same police organization. This report examines the co-implementation issue: Do Compstat and community policing work together, mutually supporting each other, or are there points of conflict, where pursuing one makes it harder to pursue the other successfully? Moreover, do they work separately, that is each having little consequence for the other?