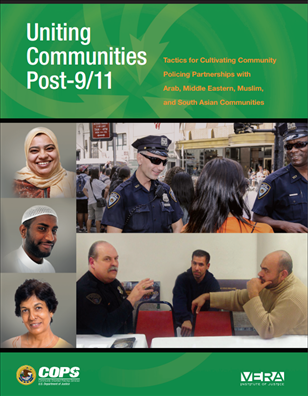 Since the beginning of this century, policing in the United States has changed profoundly in response to the needs of an increasingly diverse population and to expanded homeland security responsibilities since September 11, 2001. Key to community policing post-9/11 is building relationships of trust between officers and residents - which is particularly necessary with regard to our Arab, Middle Eastern, Muslim, and South Asian (AMEMSA) communities, who have been both targets in need of protection and potential sources of information post-9/11. Law enforcement agencies have received little guidance on how to proactively and practically engage this population. This publication attempts to fill this gap, drawing on the experiences of sworn officers and community members in three jurisdictions with significant AMEMSA populations in New Jersey, California, and Ohio. It aims to explore how community oriented policing strategies could support homeland security initiatives while building stronger, more trustful relationships between communities and police.