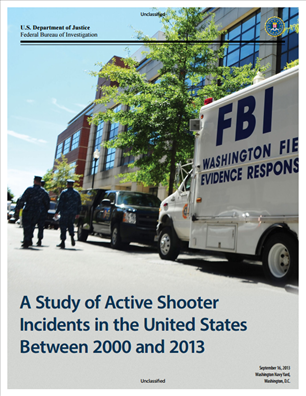 The FBI initiated this study to add to the resources available to law enforcement and others who must consider their best course of action to prepare for, respond to, and recover from active shooter incidents. Using the same criteria over a 14-year span, the FBI sought to determine whether the number of active shooter incidents had changed, concluding the trend over the study period showed a steady rise. In the first half of the years studied, the average annual number of incidents was 6.4, but that average rose in the second half of the study to 16.4, an average of more than one incident per month.