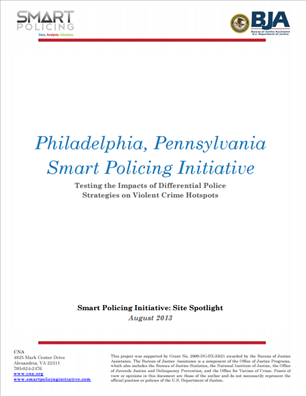 Despite the popularity of hotspots policing and the evidence on its effectiveness, there is surprisingly little research on what police officers should do in high-crime hotspots. The Philadelphia Police Department (PPD) and its research partners in the Department of Criminal Justice at Temple University sought to test the impacts of differential police strategies employed at violent crime hotspots, using a randomized controlled design. Together they identified 27 hotspots to receive foot patrol, another 27 to receive problem-oriented policing, and 27 more to receive offender-focused policing.